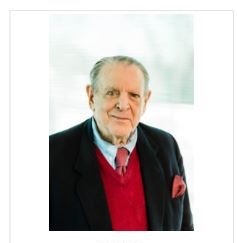 Scott C. Schurz, died Monday, May 24 in Belleair, Florida surrounded by family and following a recent stroke. He was 85 years old. Schurz was chairman emeritus of Schurz Communications, Inc. Schurz began his career with Schurz at the (Hagerstown, MD) Morning Herald and Daily Mail, the South Bend Tribune and WSBT-TV, the (El Centro, CA) Imperial Valley Press and Brawley News, and the Hoosier-Times, Inc. (Bloomington, IN).
Schurz had served on the board of governors and the executive board of the Newspaper Association of America (NAA) and as chairman of the Newspaper Association of America Foundation. In 2006 the NAA board appointed him to be their U.S. representative to the World Association of Newspapers. As a representative of NAA, Schurz served on the executive committee of the World Association of Newspapers. He also chaired WAN’s Youth Readers and Newspaper in Education Committee. He was a member of the executive committee and board of the Inter-American Press Association and honorary president.

Schurz was also a member of the International Press Institute and the World Press Freedom Committee. He served as president of the International Newspaper Marketing Association (INMA) in 1986, and held the office of treasurer 1997 to 2004. He was honored with their Silver Shovel Award in 1988. Schurz served as president of the Inland Press Association in 1985-86, and was honored with Inland’s Distinguished Service Award in 1994. Schurz had been a member of the board of the Hoosier State Press Association and served as president in 1989 and 1997, and was awarded the HSPA Distinguished Service Award in 1998 and the First Freedom Award in 2002. In 2003 he was inducted into the Indiana Journalism Hall of Fame, and in 2005 received the Indiana Journalism Award presented by Ball State University.

Other past association affiliations had been with the American Newspaper Publishers Association and the Newspaper Advertising Bureau. Schurz had served on the board of the Indiana University Foundation since 1986, and in 2000 received an Honorary Doctor of Humane Letters from Indiana University. He received a BA from Denison University in 1957. Schurz also Honorary Doctor of Humane Letters from Denison in 2017. He had been involved in numerous community fund raising activities and achieved the Sagamore of the Wabash.