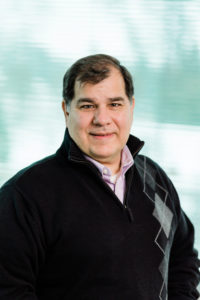 Jessie Agostino was promoted in April 2016 to Chief Financial Officer and Senior Vice President. Jessie has had a long and distinguished career with the company and has been promoted multiple times. As CFO, he will be responsible for Treasure, Tax, Accounting Policy, Budgeting and Reporting as well as partnering with the executive team to determine the company’s strategic direction.

He has been the Controller and Vice President for Schurz Communications since April 2014 and was Corporate Controller since January 2004. Jessie was responsible for internal controls and accounting policy for Schurz and its subsidiaries as well as the cash management function and internal accounting. Reporting responsibilities included internal financial analysis and reporting to management and the Board of Directors, as well as coordination and analysis of annual budget preparation activities.

Jessie started with Schurz as the Internal Auditor in June 1992. He was involved in various controllership duties in addition to his audit function. He earned his MBA from the University of Notre Dame in 2010. Prior to joining Schurz Communications, Jessie worked for Crowe Chizek & Company for three years as an auditor and tax accountant. Jessie is a CPA with a bachelor’s degree in Accounting from the University of Notre Dame. Jessie and his wife, Kristin, have a daughter, Samantha.