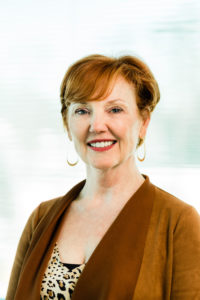 Carol Lynn Messer has been the Vice President (VP) & General Counsel of the J.M. Huber Corporation since January 2011. She serves on the Huber Management Council. She joined the Company in 2003, serving as VP–Legal for Huber’s natural resources businesses, where she played a key role at Huber Energy.

In 2006, Messer was named Associate General Counsel with responsibility for CP Kelco and Huber Engineered Materials (HEM) in Atlanta, Georgia. She provided legal guidance for several major transactions, including the divestiture of HEM’s Kaolin business. Messer also oversaw legal support for the global expansion of CP Kelco and HEM.

Prior to joining Huber, Messer had a distinguished legal career in the natural gas and power industry spanning more than 20 years. She served as VP & Associate General Counsel of El Paso Corporation and VP & General Counsel of Engage Energy US—a company formed by the merger of The Coastal Corporation, where she had spent 12 years, and Westcoast Energy, Inc.

Messer received her JD from the University of Alabama and a BS in Accounting from Auburn University.