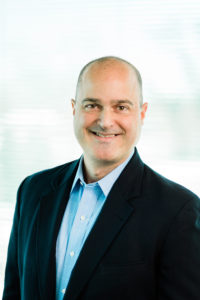 John D. Schurz has served as President and General Manager of Orbitel Communications since January, 2013. Orbitel is a broadband, cable television and phone provider based throughout central and southern Arizona serving the communities of Maricopa, Sun Lakes, SunBird, Robson Ranch, SaddleBrooke and SaddleBrooke Ranch.

Schurz began his employment with Schurz Communications in 1995 as a sports and police beat writer for the Bloomington (IN) Herald-Times. After spending time in Chicago, IL working for the Chicago Wolves hockey team and coaching basketball at Resurrection High School, he returned to SCI in 1999, working at several SCI properties including WSBT Radio Group and WSBT-TV, South Bend, IN; Advanced Cable Communications in Coral Springs and Weston, FL; Antietam Broadband in Hagerstown, MD; and WDBJ7 in Roanoke, VA. In 2005, Schurz was promoted to Vice President and General Sales Manager of 93.5 KHY and B102-9 of the WASK Radio Group in Lafayette, IN. Two years later, he became President and General Manager of the WASK Radio Group.

Schurz’s corporate duties include serving on the SCI Board of Directors and the Acquisition, Governance and Audit and Finance Committees. He is a member of the Schurz Family Council and serves on its Opportunity and Education Committees.

Schurz is also involved in the community serving as Past President of the Southwest Cable Communications Association, President and CEO of the Maricopa Economic Development Alliance, Walter Cronkite School of Journalism and Mass Communication endowment board member, a member of the Site Council for Cerritos Elementary and Altadeña Middle Schools (Phoenix, AZ), a volunteer for the Cerritos and Monte Vista Elementary School Watch DOGS programs, a member of Culver Clubs of Arizona and coaches YMCA basketball. He has also served on local United Way and Big Brothers/Big Sisters boards as well as various broadcast and leadership boards.

Schurz was born in Bloomington, Indiana, and he is a graduate of both LeMans (1987) and Culver Military (1991) Academies. He holds a Bachelor of Arts as a History Major from Denison University (1995) and a MBA from Purdue University (2011). In addition, Schurz is a graduate of Roanoke (VA) Valley Leadership and the National Association of Broadcasters’ Leadership Training programs.

Schurz lives in Ahwatukee, AZ, with his wife, Rachel. They have three children: Sydney, Mallory and Graham.