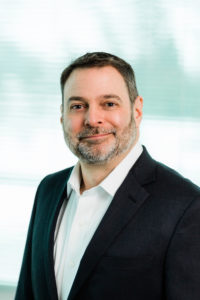 Scott C. Schurz Jr. serves as the Vice President of People & Culture for Schurz Communications, Inc. Schurz provides strategic leadership throughout the corporation through the development of People policies and practices, which reflect the corporation’s values and support its business strategies. He has held this position since 2016.

Schurz began his employment with Schurz Communications, Inc. (SCI) in 1993 as a sports writer for The Herald-Times in Bloomington, Ind. In 1994, Schurz became an advertising executive at the Associated Desert Shoppers in Palm Desert, Calif. He returned to South Bend, Ind., in 1995 where he held various sales, circulation and management positions for SCI, the South Bend Tribune, WSBT-TV, WSBT-AM and WNSN-FM. He assumed the role of General Manager for Special Publications at the Tribune in 2003. Two years later, in 2005, Schurz became Assistant Publisher at The Advocate-Messenger.

He was named President, Editor and Publisher of The Advocate-Messenger in Danville, Ky., in 2006, and he assumed responsibility for all Schurz properties in Central Kentucky in 2007. Besides the Danville newspaper, those properties included two weeklies, The Interior Journal of Stanford and The Jessamine Journal of Nicholasville, and another daily, The Winchester Sun. At the same time, Schurz served as President and Director of Advocate Communications Inc. and President and Officer of the Advocate Brass Band.

Schurz was named Schurz Communications, Inc. Vice President of Corporate Development in 2014. He was responsible for the company’s strategic initiatives, including activities, alignment, transparency, working relationships, synergies, and execution as well as innovation investments. Schurz became the Vice President of Human Resources and Corporate Development a year later.

Schurz has served on the boards of Danville Library Inc., the Heart of Kentucky United Way, RedPost, the South Bend Symphony Orchestra, Connect as well as the Centre College President’s Advisory Council and the Danville-Boyle County Chamber of Commerce Small Business Committee. He also served on the Southern Newspaper Publishers Association Board and the Kentucky Press Association Board (past-president). He is a graduate of the 2006-2007 class of Leadership Boyle County and a graduate of the 1996-1997 class of Leadership South Bend/Mishawaka. Schurz graduated from the National Association of Broadcasters Broadcast Leadership Training Program in June 2015. He has held a SHRM-CP certification since 2017.

Schurz holds both a Bachelor of Arts (1991) and a Master of Business Administration (2004) from the University of Notre Dame. Schurz and his wife Stephanie have two children, Scott (Trey) III and Daniel.