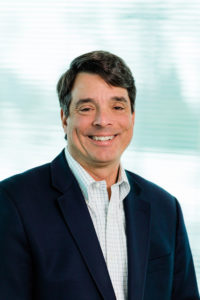 Prior to joining Schurz Communications, Inc. in 1989, Todd worked for the Times Journal Company in Springfield, Virginia, and for the New York Daily News during graduate school. He was the President and Publisher of Associated Desert Shoppers in Palm Desert, California, from 1991-1995. He served as the President, Editor and Publisher of the South Bend Tribune from 1995 until February 2000. He served as SCI’s Vice President of Technology and Business Development from 2000 to 2005, and President and General Manager of WSBT Television from July 2002 to September 30, 2005. He then served as SCI President and Chief Operating Officer from 2005 to 2007.

Todd was born in San Francisco, California, attended Brown University in Rhode Island, and graduated in 1983 with a Bachelor of Arts degree in History and Economics. He later received his Master of Business Administration in 1989 from the Wharton School at the University of Pennsylvania with majors in Marketing and Management.

Todd currently serves on the boards of the Herschend Enterprises (chair), Beacon Health Foundation, EBSCO Industries and the University of Notre Dame College of Arts & Letters Advisory Council. He has served on the boards of the CBS Television Network Affiliates Association, Hoosier State Press Association’s Foundation (also a past president), News Media Alliance, American Press Institute (API), and Mutual Insurance Company Limited. He is a former Chair of the Memorial Hospital Board, the Chamber of Commerce of St. Joseph County, the Poynter Institute’s National Advisory Board, and the coordinating committee for the Regional Approach to Progress. He has served on numerous other community organization boards, including United Way, Project Future, and the Community Foundation.

He and his wife Stephanie have two adult children, Anthony and Caroline.