Schurz Communications Announces John Reardon as its Next President and CEO

Mishawaka, Indiana (November 30, 2022) – Schurz Communications, Inc. (“Schurz”) today announced that the Board of Directors has elected John Reardon as the Company’s next President and CEO, effective February 1, 2023. He will succeed Todd F. Schurz, who has served in the role since 2007. 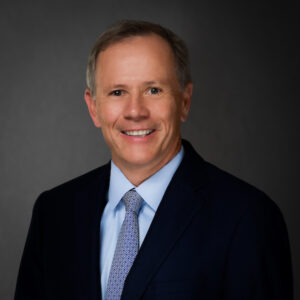 John has served as an independent Director for the Company since 2020. He started his legal career in private practice before becoming a general counsel. He has served as CEO and other senior roles for multiple firms in the telecommunications and technology-related industries for more than 20 years.

Prior to joining Schurz Communications, John was Of Counsel to Kutak Rock LLP in the firm’s Corporate and Government Services Department, where he worked with several prominent broadband companies. He also served as Director of Strategies for Smart Cities at American Infrastructure Partners (2019-2021); and as a Managing Director and CEO of Choctaw Telecommunications, LLC, a wireless communications company (2011-2019). John also held senior leadership roles, including CEO and General Counsel, for several other telecommunications and technology companies, including: MCLM, LLC and Critical RF, Inc. (2006-2011); and Mobex Communications, Inc. and Mobex Network Services Co., a nationwide carrier of wireless services (1997-2005). John served as a telecom associate for the law firm of Keller and Heckman, LLP from 1994-1997.

John was a founding and current Board Member of NASDAQ-listed company Oxford Lane Capital Corporation (Nasdaq Global: OXLC). He is founder of Children’s Hospital Artists, Readers, and Musicians (CHARM), a Washington, D.C.-based charity that entertains young patients at their bedside.

Schurz is a family-owned corporation that has been helping businesses, communities and individuals make meaningful connections for five generations. The Schurz legacy began in newspaper publishing, radio, and television, and today, the company remains committed to making information more accessible through the platforms and technology of the digital age. Schurz Communications’ recent investments include regional broadband companies and cloud managed services providers, and the company’s portfolio also includes a variety of minority investments. For more information, visit: www.schurz.com.